In the early 17th century, Phu Quoc was a desolate area, where Vietnamese and Chinese immigrants earned their living from sea cucumbers. It served as a French colonial rubber and coconut plantation and later as P.O.W detention camp of 40,000 inmates during the country’s long war.
Now however, with its UNESCO biosphere nature reserve occupying nearly 70 per cent of the island, average annual temperatures of 27 degrees, and range of virtually untouched beaches, Phu Quoc is reinventing itself as a tourism hub which, the government hopes, can eventually rival luminaries such as Phuket, Bali and Koh Samui.

Buying Property in Phu Quoc
Phu Quoc is the archetypal up-and-coming region with development guaranteed to pick up rapidly over the coming years. It is still however, very much early days and although a flood of options are about to be made available there is not a huge amount of built options up for grabs at present. The options on the horizon however, are promising. There are some big corporations such as Saigontourist with Casino-Golf-Resort to be developed in an area of 209 hectares in the North of the island. Especially, Saigon Phu Quoc stock company with Sai Gon Phu Quoc ecological tourist resort the second with 18 hectares wide, 5-star standard beach resort and spa in Bai Sao (Sao beach), the most beautiful place of the island.

Condos in Phu Quoc
Phu Quoc is basically undeveloped at present, and there are not any condominium projects which people can buy into. Even with the massive amount of planned development on the way
More on buying condos in Phu Quoc.

Houses and land in Phu Quoc
The Vietnamese government recently announced that it was to allow permanent foreign residents and overseas Vietnamese to purchase houses on Phu Quoc as part of its vaunted island revamp. Since the Vietnamese government launched its drive to attract foreign investors, a total of 150 local and foreign companies have applied to invest on the island. Some 46 projects have been approved, most of which are houses, villas or tourist projects. 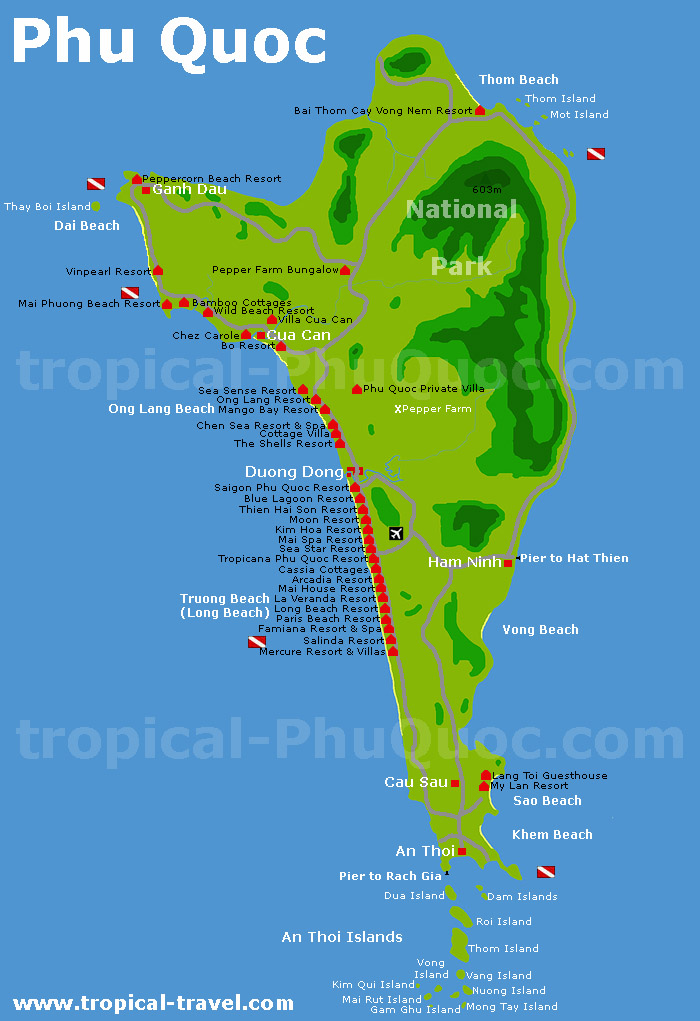 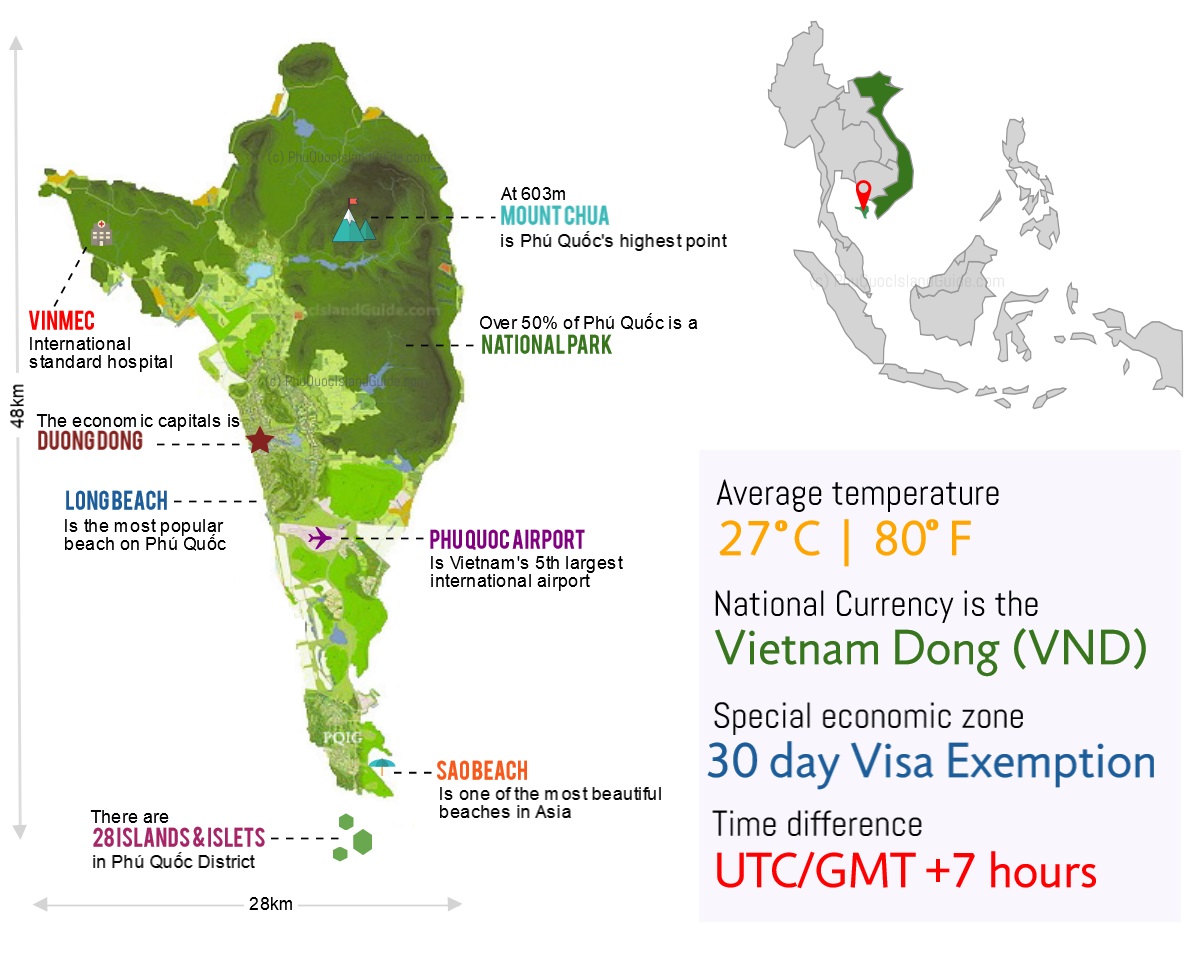