Posted by : AHA Chủ Nhật, 10 tháng 4, 2016
In recent years the Vietnamese Prime Minister has enacted numerous decisions (covered in detailed below), approving the development plan for Phu Quoc to provide preferential policies for domestic and foreign investors, with the aim of turning Phu Quoc into a world class ecotourist destination while ensuring minimal impact on the environment via a responsible and managed approach to development. It is anticipated that by the year 2010, Phu Quoc will have the required infrastructure to welcome between 500,000 - 600,000 visitors per year; and between 2 - 3 million visitors a year by 2020. 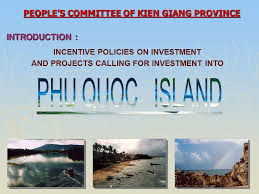 2. No. 38/2006/QĐ-TTg: February 14th, 2006 - Decision on promulgation of statute for organisation and operation of Phu Quoc Island and Nam An Thoi Island cluster, Kien Giang province

4. No. 14/QĐ-TTg: January 4th, 2006 - Approving the planning on sustainable development of communications on Phu Quoc Island, Kien Giang Province, in the period from now to the year 2010 and Orientation to the year

7. No. 229/2005QĐ-TTg: September 16th, 2005 - Promulgating the regulation on Foreigners entry into, exit from, and residence in Phu Quoc Island, Kien Giang Province