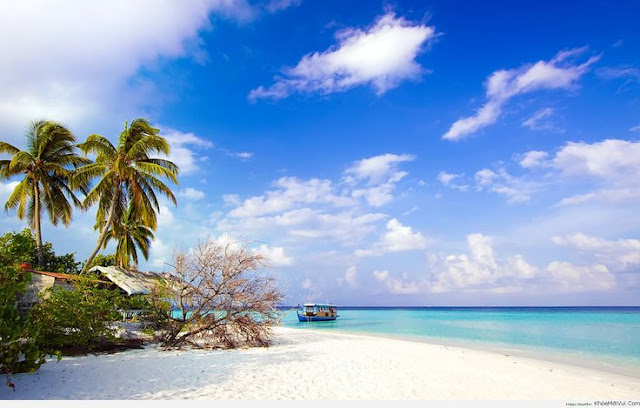 Phu Quoc the passionate island involved with nature
“Pearl Island” Phu Quoc is a large tropical island off the coast of Vietnam. It is the biggest one in the 22-island complex of Vietnam in the Gulf of Thailand, Kien Giang province. Its northeast cape is 4 sea miles from the neighbor Cambodia. The island is 62 sea miles east of Kien Giang capital (Rach Gia town), and 25 sea miles from Ha Tien town. Phu Quoc together with other 22 islands makes up an island district of 56,500 hectares in total area, which approximates that of Singapore island nation whereas Phu Quoc itself has a total area of as much as 574 sq. km, in a triangular shape. Some author has compared the island to a swimming fish with its head turning to the North. Phu Quoc is ringed with some of most beautiful beaches and best seafood in Vietnam, promising quite a few absorptive elements for tourists.

Climate
Phu Quoc is featured with a monsoon tropical climate (hot, wet and rainy), but its special location in Gulf of Thailand minimizes natural calamities. It has two seasons, dry season from December to May, and rainy season from June to November. The former is affected by Northeast monsoon with an average humidity of 78%, temperature goes up to 35oC as the highest in April and May. In rainy season, the island acts as the gateway to West-South West monsoon. The annual average rainfall is around 3,000 mm.

History
The island has a special name attached to an interesting historical story. In 1671, about 400 Chinese people led by a man from Guang Dong, China took a ship to cross the ocean to reach and settle down in a wild islands land in the Gulf of Thailand.

In 1680, they established a series of hamlets, which were scattered around in the land. Some soon became significant commercial ports where ships, boats and junks gathered and traded with one another. The increasingly bustling and eventful atmosphere led to their idea of setting up 7 casinos, each in an individual island, one of which was situated in Koh Tral Island (today’s Phu Quoc Island). The success of commercial and entertainment activities resulted in that the whole island area was renamed into “Căn Khẩu quốc” or “Kingdom of Prosperity”, and Koh Tral island was also recalled “Phú Quốc” (Phu Quoc: “Fu Guo” in Chinese transcription), which meant an Affluent Land in Vietnamese.

Phu Quoc Island served as a base for French missionary Pigneau de Behaine from the 1760-80s and once provided shelter for Prince Nguyen Anh (later Emperor Gia Long) when he was hunted by the Tay Son rebels. During the Vietnam War, there was little fighting here but the Island was used by the Americans as a prison for captured Viet Cong.

The island of today still retains what was expressed in its righteous name in the past, and has become one of the nation’s ideal tourist destinations to lure huge numbers of visitors.

Religion
Many religious people would like to visit Phu Quoc since this is where Cao Dai religion descended. Today there is still a Cao Dai oratory in Duong Dong town, Phu Quoc.
The only Catholic Church on the island is situated in An Thoi, which was the gathering site of migration from the North in 1954.

One has said: “Visiting pagodas in Duong Dong town on the occasion of the “wandering soul day” on mid Lunar July, you will explore the Buddhist religious life of Phu Quoc indeed”. This is a very rare occasion, so you should really come and join it yourself!

Specialties
Should you ever have a vacation in Vietnam, you must have heard about Phu Quoc fermented fish sauce (nước mắm), the best one in the nation! Talking about Phu Quoc, this specialty, which is worldwide famous for a unique delicious taste, could not be missed. Another special spice of Phu Quoc is high quality pepper, an agricultural product of the local traditional craft villages, sold around the world.

By the way, another point of interest in Phu Quoc that must be mentioned is the island's native Dog, which was originally a wild animal and later trained as a hunting dog by local people. These days they are very domesticated and it's unusual to go anywhere on the Island without seeing one of these dogs! These animals have unusually sharp teeth (as they tear their food when they eat it rather than bite) and have claws that over the years have been conditioned for catching their prey and are razor sharp.

Where to go and what to do?
Phu Quoc is considered a famous national tourism zone of Vietnam. The island’s beautiful beaches have been voted to be "The Cleanest and Most Beautiful Beaches of the World" by ABC News ever since the end of February, 2008.

Coming here, tourists are lured away from their busy daily life. Phu Quoc National Park should be on top of the visiting places. Here is covered with a plentiful fresh & green floristic composition and natural resources of jungle & sea. Thanks to the tropical favorable climate, Phu Quoc is of great potential for ecological tourism development. Try to get out on a boat in the evening for some squid fishing on your own, or make a visit to Phu Quoc National Park and swim in a quiet pool! This will be very relaxing! 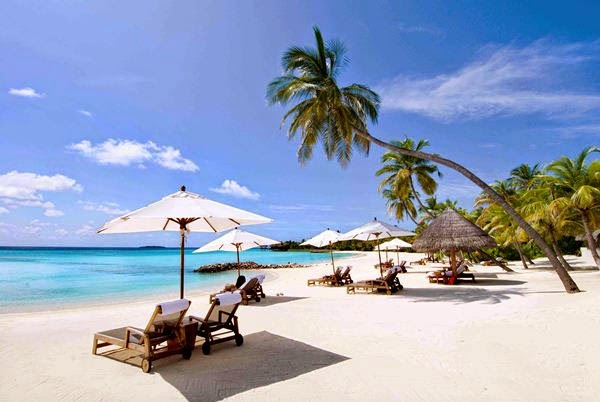 Pristine beaches here are seemingly captivating to those fond of unspoiled beauties. The one listed in the “World Hidden Beaches” is “Long Bank” (“Bãi Dài”), which is most beautiful from October to March. The beach honorably ranks higher in the list to many other world famous beaches, such as Wildcat Beach in California, the USA, Pink Beach in Barbuda, or Cayo Costa State, south Florida, and so forth.

Besides, other suggested beaches to visit are Kem Bank, Dam Bank, Sao Bank, Ong Doi Cape, and so forth. You can come here by ship or airplane (Hochiminh City – Phu Quoc Flight). Swimming, sun bathing, boat-sailing, scuba-diving, etc. are all the exciting and relaxing seaside activities, healthful for every individual tourist. Try SCUBA diving: the shallow waters (max deep to 12-16m) allow even inexperienced divers to have nice dives. There is some nice coral to see and if you are lucky you might see a bamboo shark. After about an hour dipping yourself in the cool and clean blue sea water, imagine that you are now served with a series of especially tasty seafood; you would feel like you were the happiest guy in the world!

In case one has interest in the local fishing life, he may pay a visit to Ham Ninh fishing village, where the routine daily fishing work of the locals are available at your observation.
Motorcycles are plentiful and cheap, hire one off a local and go cruising around the island. Petrol can usually be purchased around the island at various beaches served fresh in glass bottles. Also Bicycles is a great way to observe the island. You can rent a mountain bike for around 50,000 VND per day at Saigon Phu Quoc Hotel or some local shops (be sure to write 'xe dap' because few Vietnamese here could speak English well). A few days could not be enough to contemplate all the special beauties, thus you should best come back at least once.

The seaview, the beautiful islands and the precious tropical jungle with a priceless flora-fauna system contribute to a huge tourism potential of Phu Quoc. On understanding of this, the Government has allowed huge investment in the island district. In the long run, we will have an enormously marvelous tourism-entertainment complex of extremely high quality. A project with hotels zone, 5-star casinos, 2 four-star hotels, 1 three-star hotel, a number of resorts, restaurants, shopping areas, high-quality entertainment area (with water parks, cinemas, etc.), international hospital, a 3-golf ground system of international quality, international airport services and so on, is going to turn up in this “Pearl Island”. The project will hopefully make Phu Quoc a much greater destination for tourists worldwide.