Posted by : AHA Thứ Tư, 30 tháng 3, 2016
Vietnam’s first safari zoo, featuring more than 150 animal species, has opened on the island of Phu Quoc in the southern province of Kien Giang. 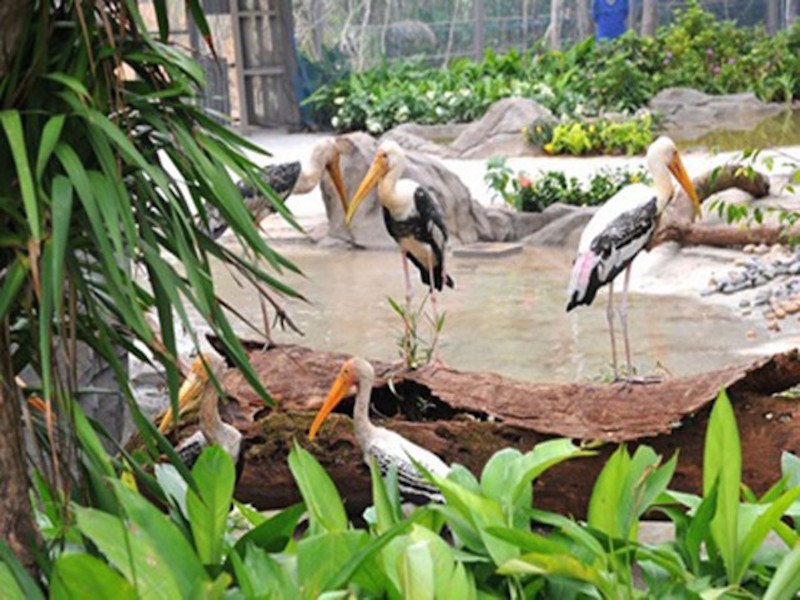 The zoo’s unique natural environment is also home to 200 flamingoes, 100 rhinos and 60 giraffes, becoming the only place in Viet Nam breeding such large numbers of wildlife herds.
According to Nguyen Viet Quang, representative of the safari’s investor, Vingroup, the number of animals and species will increase when the zoo’s remaining construction is completed.

“Alongside promoting tourism on the island, the Vinpearl Safari Phu Quoc will also strengthen wildlife preservation and environmental protection through scientific research conducted in the park,” he added.

He further said that the safari zoo plans to increase awareness about wildlife issues in local communities.

As part of the zoo and park, the safari also has a well-equipped animal hospital, which is the largest of its kind in Southeast Asia.

Visitors will be transported on safari vehicles to receive close-up viewing of the zoo’s wild animals.

According to Hong, though the island has great tourism potential and tourism is seen as one of the province’s key economic sectors, its growth has not met expectations.

“Every tourist spends an average of two or three days on the island – quite a short time compared with many other tourist destinations in the region. And only 5 per cent of tourists come back to the island for a second time,” the chairman said.

Hong further noted that tourists might not stay longer because of the lack of entertainment options.

“The safari will complete a connecting ring of tourist services. We hope it will be a magnet for tourists and assure that they stay longer,” Hong said.