Posted by : AHA Thứ Bảy, 19 tháng 3, 2016
Phu Quoc island district in the Mekong Delta province of Kien Giang is set to become a special economic zone and the locality’s growth driver between 2016-2020. 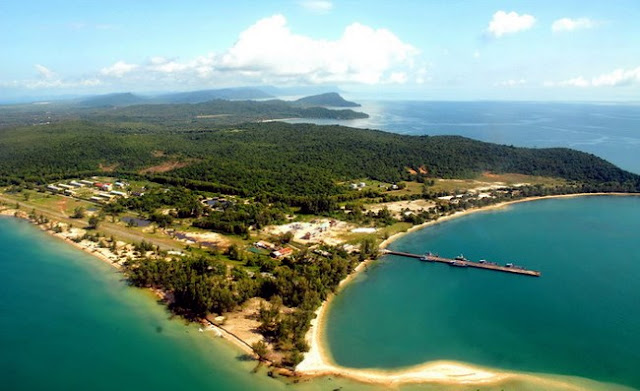 The province also aims to turn Phu Quoc into a large tourism and service centre, focusing on entertainment and leisure, financial services and its maritime economy.

Efforts will be centred on developing comprehensive infrastructure, facilitating the operation of investors, strengthening local authorities at district and communal levels and increasing the capacity of the management board of the Phu Quoc Economic Zone.

In the short term, Phu Quoc’s tourism sector is expected to play as the spearhead, Hong noted.

To meet this goal, the province will work to diversify tourism products, combine tourism with the protection of historical and cultural relic sites, the environment and special ecological systems.

Phu Quoc has been given a facelift, Hong said, citing the completion of various transport, aviation and power facilities and the implementation of tourism and service projects.

Expanded aviation services have facilitated the arrival of people from all walks of life and investors, he added.

According to Doan Van Tien, vice chairman of the Phu Quoc People’s Committee, the district posted economic growth of 32.36 percent in 2015.

Tien said the poverty rate has also dropped to 1.2 percent.

By mid-January 2016, 230 projects had registered to invest in Phu Quoc. Of them, 164 have received investment licences with a total capital of over 183 trillion VND (8.2 billion USD), focusing on infrastructure, urban area development, the maritime economy, tourism, trade and services.

A number of the projects have been put into service such as Phu Quoc International Airport, An Thoi International Seaport, the 110 kV Ha Tien-Phu Quoc undersea cable system and the Vinpearl Phu Quoc resort complex, among others, the official said.
http://english.vietnamnet.vn/