Posted by : AHA Thứ Năm, 31 tháng 3, 2016
In recent years, Phu Quoc National Park in Kien Giang Province has become an ideal eco-tourist destination. It has special and unique biodiversity values compared to other national parks across the country. 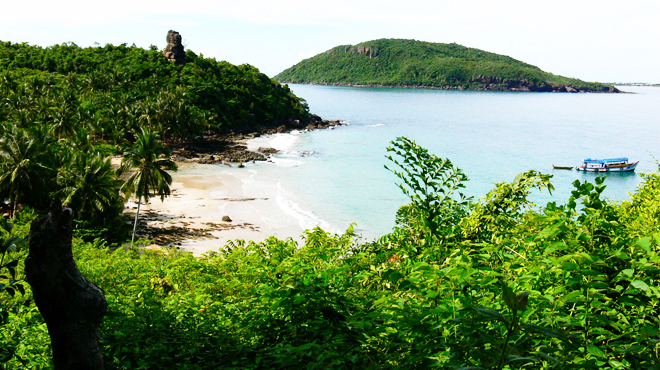 Situated in the North-East of Phu Quoc Island and have the Northern and Eastern boundaries with the coastline, Phu Quoc National Park covers of 31,422 ha, accounting for 60% area of Phu Quoc Island, which is regarded as a precious thanks to the prosperity of natural beauty.

According to director Pham Quang Binh, Phu Quoc National Park is located on an island that has a mixture of continental and coastal climate, creating a rich ecosystem of primeval, secondary and indigo forests. Its indigo forests are distributed in the wetlands or the lowlands that is flooded in the rainy season and sloping hills.

The topography of the national park is hilly, although not particularly steep with the highest point is Mount Chua, at 603 m. Being drained by numerous, mainly seasonal, streams, the only sizeable river on the island is the Rach Cua Can river, which drains the southern part of the national park, and flows into the sea on the west coast of the island.

Covering more than 27,000 ha of forest, included 6,000 ha of buffer land and 20,000 ha of surrounding ocean area, Phu Quoc National Park has a rich ecosystem due to the co-existence of the Malaysian, Burmese and Himalayan species.

In term of the flora, Phu Quoc National Park is the idea environment for more than 470 species of plants and several types of coral reefs offshore. Phu Quoc Island is lowland evergreen forest and the national park supports 12,794 ha of forest, equivalent to 86% of the total area. To date, 929 plant species have been recorded on Phu Quoc Island. At lower elevations in some areas, the national park supports distinctive formations of Melaleuca - one kind of trees that the leaves are evergreen, alternately arranged, dark green and grey-green in color.

As regards to the fauna, a list of 43 mammal species belonging to 18 families and 6 orders was compiled in here. Among these recorded species, 6 species are listed in the Red Data Book of Vietnam (2000), 6 species in the 2005 IUCN Red list and 11 species in the Governmental Decree 32/2006/ND-CP. Silvered langur, slow loris, pygmy loris, crab-eating macaque, stump-tailed macaque, small-clawed otter and fruit bats are species of the most conservation concern. Besides, due to the extremely plentiful coral reefs in the south of the island, there are 125 species of fish, 132 species of mollusc and 62 species of sea weed. Interestingly enough, Phu Quoc is also one of the two places in Vietnam where the Dugong, a marine species on the brink of extinction can be found.

In 2001, the Government decided to upgrade the park to preserve its ecology, and then the Park Management Board has coordinated with local residents and military units to implement forest protection measures, particularly fire prevention.
“The rainy season in Phu Quoc is short but the dry season is longer there. So, we have established a forest fire prevention steering board and firefighter units which are on standby,” said Mr. Binh – director of the park. “Every commune and local military unit has worked out detailed fire prevention plans. We also have regular communications with local residents to raise their awareness of forest protection.”


Visiting Phu Quoc, travellers can have chance for sightseeing of historical sites; admiring with veneration beauty spots of streams, forests, caves and grottoes, beaches, coral reefs and mountains, etc. as well as visiting the villages famous for making sauces and know about a special species of Phu Quoc dog.

Phu Quoc National Park is a good destination for tourists as it offers a wide range of activities such as camping and trekking. It’s also ideal for those who want to study the tropical forest. As Phu Quoc develops into Vietnam’s ecotourism capital, the jewel in its crown, the park will become ever more attractive to visitors from around the world. 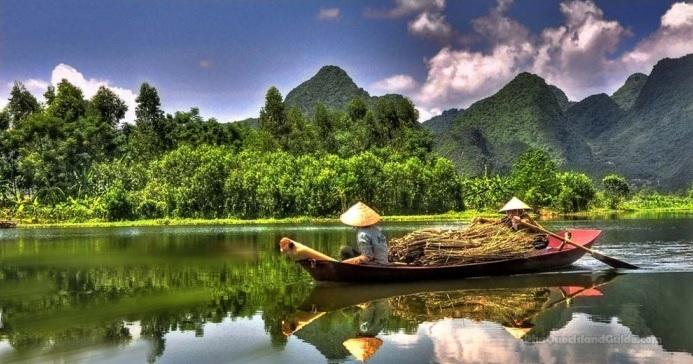 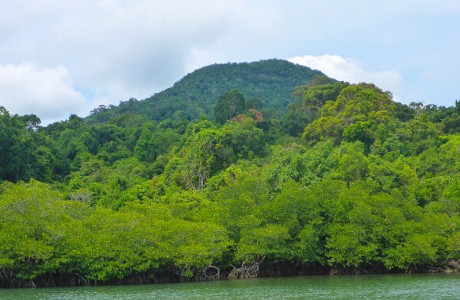 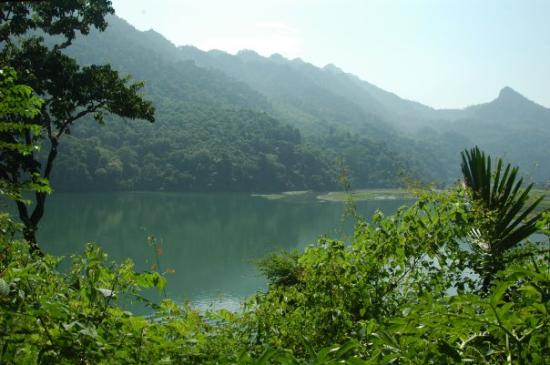 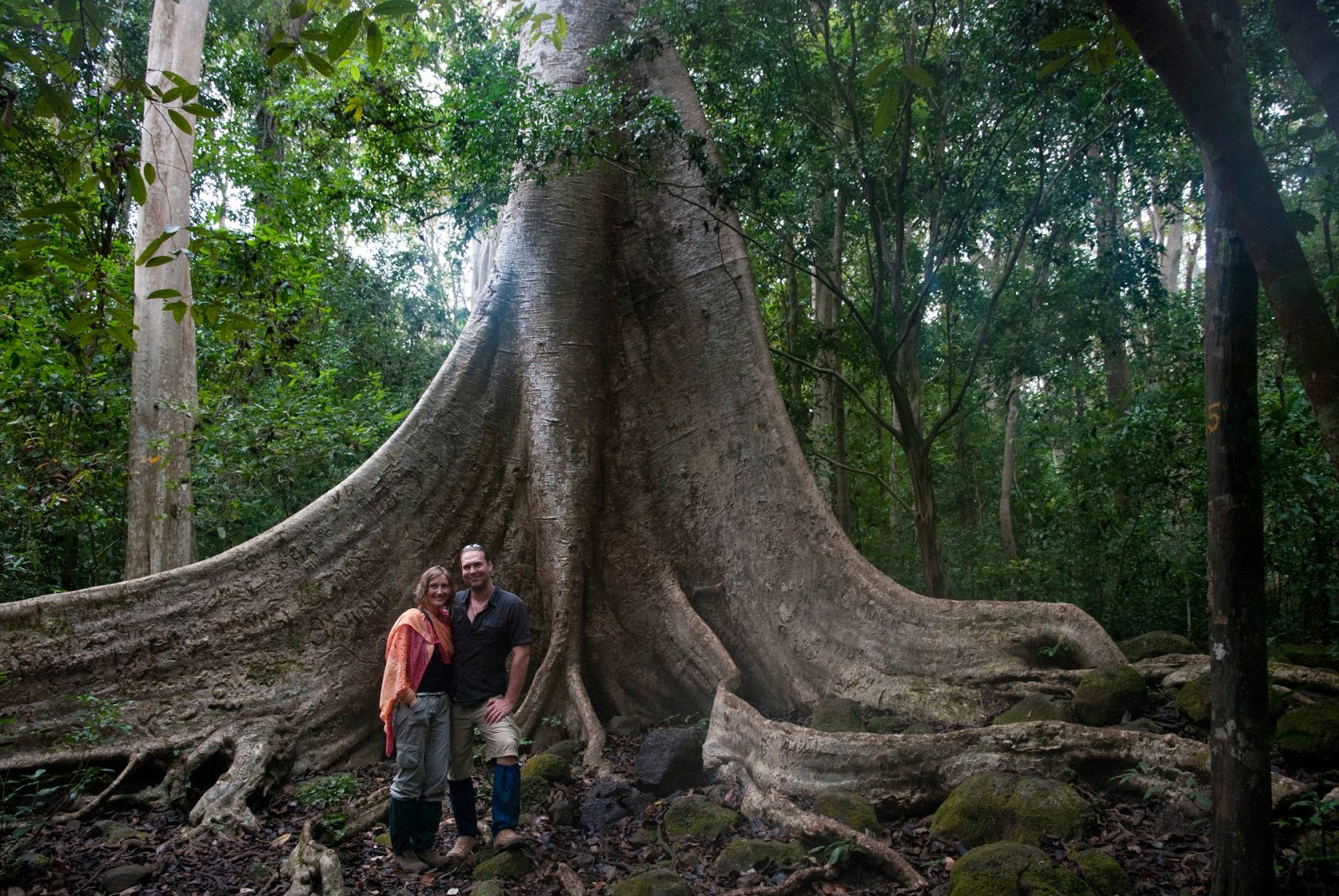 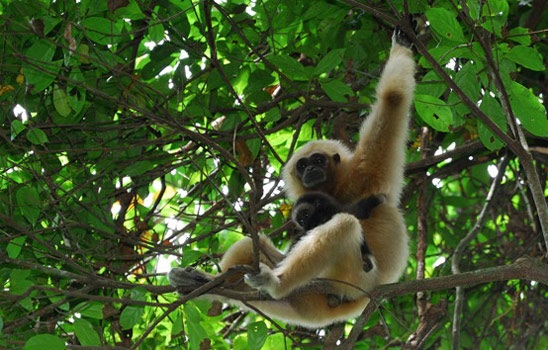