Posted by : AHA Thứ Bảy, 19 tháng 3, 2016
VietNamNet Bridge – Phu Quoc island has been thriving, turning itself into a tourism and investment hub in southern Vietnam thanks to many large-scale projects that have helped build its reputation among investors. 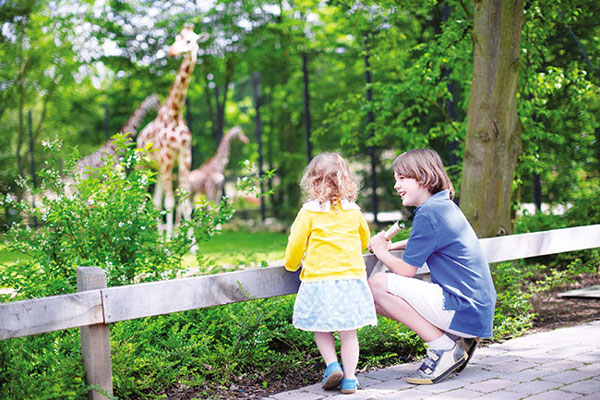 The island, particularly Vinpearl Safari, is becoming more and more attractive to both domestic and foreign tourists

According to Huynh Quang Hung, Deputy Chairman of the Phu Quoc People’s Committee, by the end of September 2015 approximately 140 projects, comprising an area of 5,110 hectares, had been instigated to develop the infrastructure on the island. Most of these million-dollar projects are owned by Vietnam’s leading conglomerates, such as Vingroup and Sun Group. Upon completion, these projects will transform the island into a major tourist destination and economic hub for Vietnam, and potentially for the whole Southeast Asian region.

Vingroup, for instance, has invested in many projects on Phu Quoc island, including Vinpearl Land, Vinpearl Safari, Vinmec, Vincharm Spa, and Vinpearl Golf Club. Vinpearl Safari alone cost over one third ($137.6 million) of Vingroup’s total investment capital in Phu Quoc, and was launched in late December 2015. Its open-air zoo concept resembles Singapore’s safari-themed zoo. The Vinpearl Phu Quoc Resort & Villas prides itself on its luxurious beach-style villa compound, meant for not only tourists but also potential investors seeking worthwhile investment properties with great returns in the years to come. The resort compound offers its investors properties at attractive prices ranging from VND15 to 20 billion ($688,000-$1 million), plus preferential policies, such as the rental programme that boasts an 85 per cent guaranteed income with a minimum 10 per cent yield per year in VND for a 10-year commitment period. More information can be seen at http://vinpearlvillas.com.

Phu Quoc island was developed quite rapidly in part due to government incentives, including a 10 per cent corporate income tax for investors on all of their Phu Quoc projects, and a 50 per cent reduction in personal income tax for private investors. Additionally, the island’s infrastructure is gradually being improved and expanded, which in turn can support the economic growth of the island, and particularly its real estate sector.

According to CBRE Vietnam, Phu Quoc has what it takes to become one of the most prosperous tourism markets in the country in terms of its abundant land, untouched beaches, warm year-round temperatures, and the low frequency of storms. The island is extremely suitable for hotels, resorts, and other tourism-related development such as casinos and healthcare and entertainment facilities. As a result, investors have been pouring money into the resort and the tourism sector on Phu Quoc. What has most likely caught the attention of investors is the reasonable prices for beach villas in Vietnam compared to other countries within the region or around the world. Beach villas in Thailand, for instance, can cost as much as $2-5.4 million, while the average price of a unit at the Vinpearl Phu Quoc Resort & Villas is only around one third of that.

Moreover, the 30-day visa exemption policy for foreigners and overseas Vietnamese has helped attract an increasing number of foreign tourists to the island in recent months, and is expected to do so for many years to come.