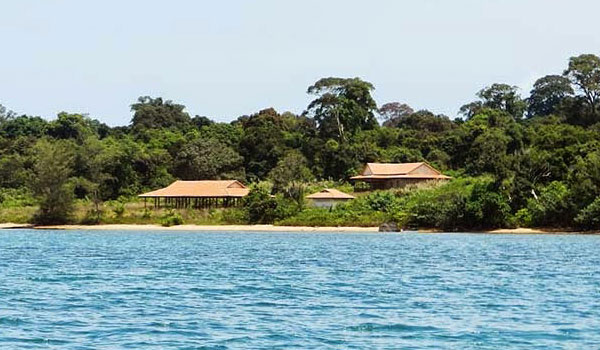 Bound on the west by Cape Ganh Dau and on the east by Rach Tram, the beach is framed by high hills (for example Mt Bai Dai, and Mt Ham Rong), and famed for its revolutionary past. It is a backbreaking 32km from the ward capital Duong Dong, making Ganh Dau the real "back of beyond", the furthest point from the center of civilization. But that is what makes it so cool. Herds of cattle trot past fishermen and boys rigging up their boats on the shore. Accommodation here is practically non-existent, and that is part of the charm for explorers. When it is open try the Phu Quoc Beach Club, a single dwelling surrounded by coconut trees. That is about all you will get. Some distance to the east is the Vem Bay Eco Tourism Resort. Foodwise, there is a bit more variety. Up at the cape you should try the shrimp at the seafood restaurant called Gio Bien (the Ocean of the Easterly Wind), it is recommended. Also recommended is the sour fish soup Vietnamese call Canh chua ca. One of the star Vietnamese foodies Graham Holliday reckons the Bien Hai restaurant, perched like an eagle's nest above the sheltering bay, "rattles out a mean Canh Chua Ca".

Among Vietnamese tourists, Ganh Dau is famous for its shrine dedicated to Nguyen Trung Truc, a Vietnamese fisherman turned patriot who established a guerrilla base here. The Vietnamese revere patriots the way Thais and Cambodians worship the monarchy, and Truc is a respected member of their pantheon of heroes. He was executed by the French in 1868 (at the age of 29) after sinking a French ship and organizing peasants to overthrow French colonial rule. Vietnamese come to pray at his shrine. Among Vietnamese, Ganh Dau is also famous for its nuoc mam (fish sauce) factories, which may lend a pungent scent to the tropical air here. 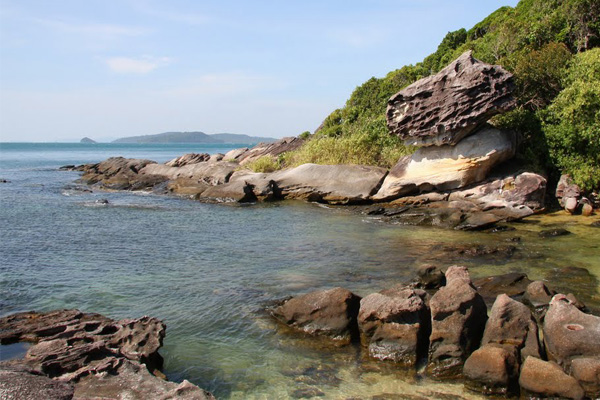 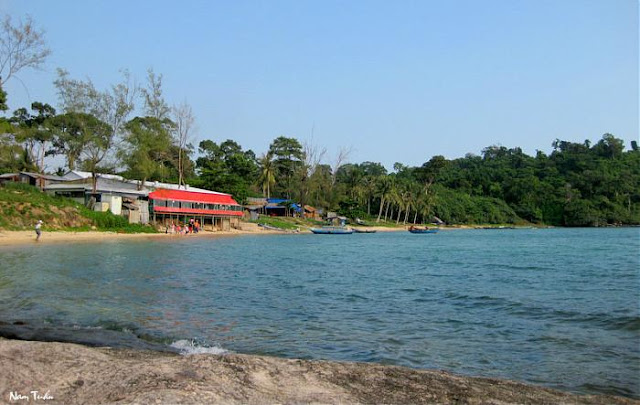 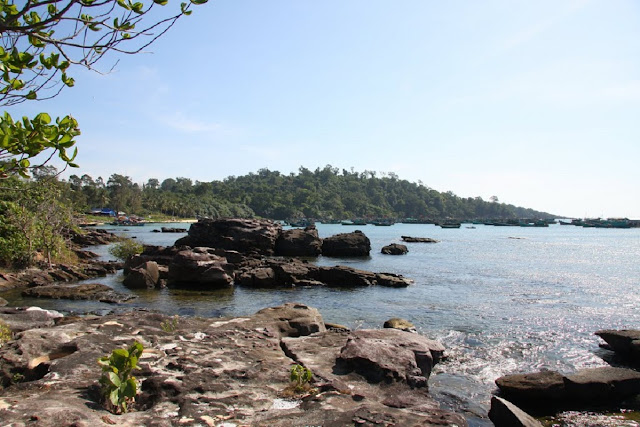