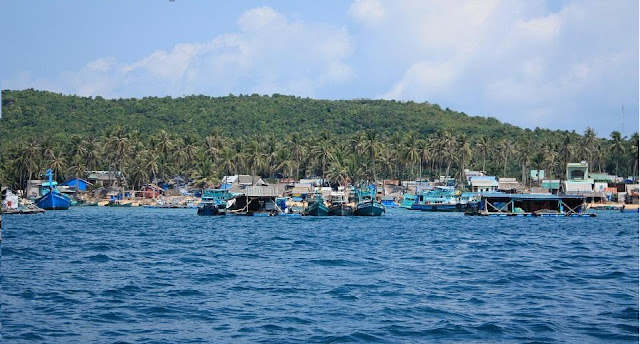 On the south-east coast of Phu Quoc is the port town of An Thoi, a major rival to Duong Dong as the tourism capital of the island. An Thoi is famed among divers for its numerous coral reefs and mesmerizing tropical fish. Popular pastimes here include fishing, snorkelling and boating. For all its beauty today, however, An Thoi was once hell on earth for generations of political prisoners and revolutionaries at the euphemistically named Coconut Tree Prison. The prison was built by the French when they ran Indochina and later expanded during the American War (that’s what the Vietnamese call the Vietnam War of the 1960s/70s.) At times there were thousands of prisoners here, at this most desolate edge of the Vietnamese nation, and torture was common. Punishment for troublesome prisoners included solitary confinement to the tiger cage, a squat horizontal cylinder filled with barbed wire. Prisoners kept inside had no space to stand up or lie down, and were forced to crouch like a tiger all day and night long. If they fell they landed on barbed wire. The prisoners were exposed to the elements and tormented by guards. The tiger cages have survived and offer a chilling insight into the brutality of war. If you are here around July 27 you could catch the Fallen Soldiers’ Day memorial services, usually attended by high-ranking Vietnamese politicians and the military top brass.

Vietnam’s long years of struggle are over and the emphasis in An Thoi is now on having fun. Of course the beaches are great, but the best attractions here swim, slither or glitter beneath the water. These waters are reputed to offer the best scuba diving off Phu Quoc. Bamboo sharks, angelfish, scorpion fish and specimens of octopus can be seen in the clear sea. The rare and mysterious dugong - a large marine mammal - swims here too.

Hon Dua (Coconut Island) is the closest island to An Thoi town. The island is thick with forests of coconut and mango trees. Divers venturing off its western shore might find pieces of antique porcelain scattered around a sunken ship.

Roi Island is the second island south of An Thoi town, and while it is pretty chilled now there are big plans afloat for its development. There is a masterplan for Roi Island and it could end up looking like Vinpearl Resort off the coast of Nha Trang, all luxury hotels and water sports arenas. Get there before the developers move in. Squid and shrimp swim on the reef.

The third island out from An Thoi harbor is Hon Thom (Pineapple Island) and it is the largest of the archipelago, with two 100m high hills at its northern and southern tips, and its own harbor and native population. It is one of the busiest of the islands and is permanently cloaked with blue fishing boats. It is also very popular with tourists. Expect serious development in the near future!

Beyond Hon Thom the sea is sprinkled with tiny islands with colorful names: Vong Island, Hon Vang (Echo Island), Kim Qui (Yellow Tortoise Island), Hon Mong Tay (Short Gun Island), Dan Island, Dua Island, Muong Island, Gam Ghi Island (the Nha Trang Institute of Oceanography has launched a plan to protect its coral reef), May Rut island, and so on. For about US$15 you can tour some of the islands and nearby beaches, such as Bai Sao, according to one Finnish blogger. Lunch might include sea urchin which is a speciality in Vietnam. 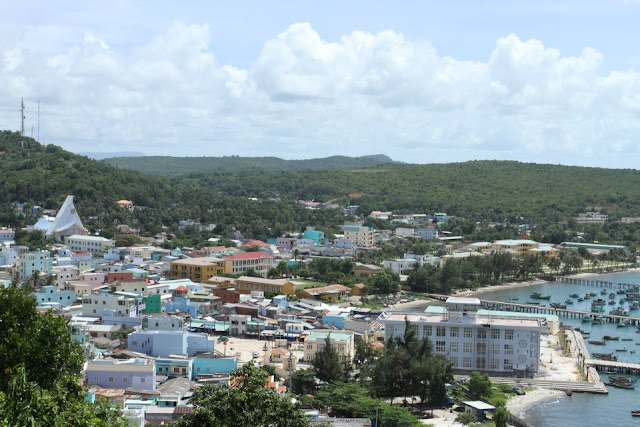 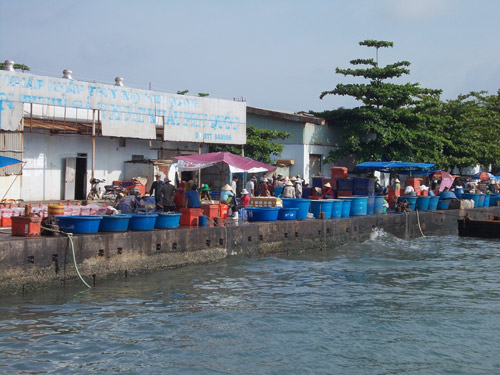 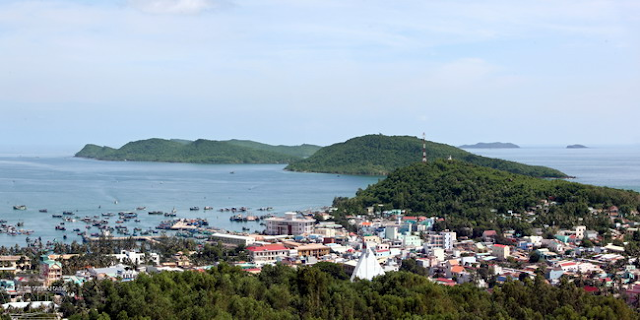 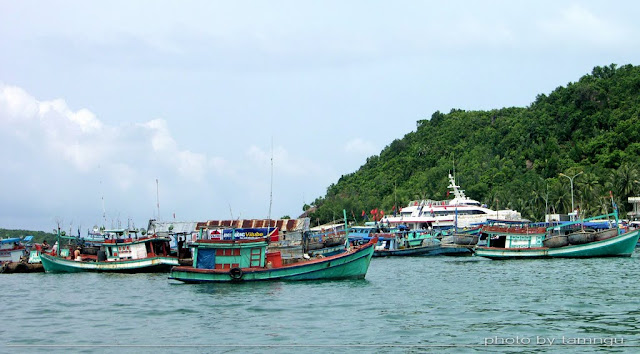 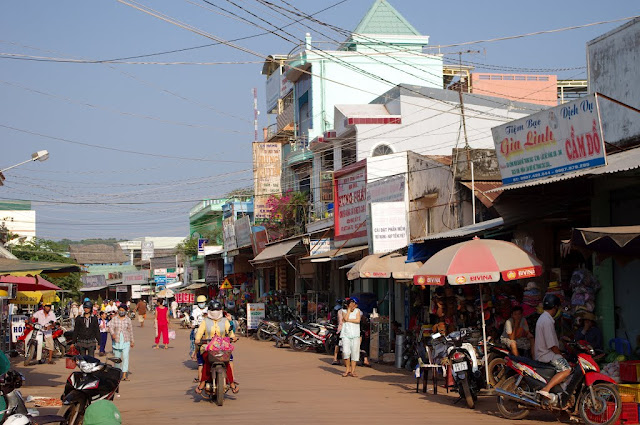 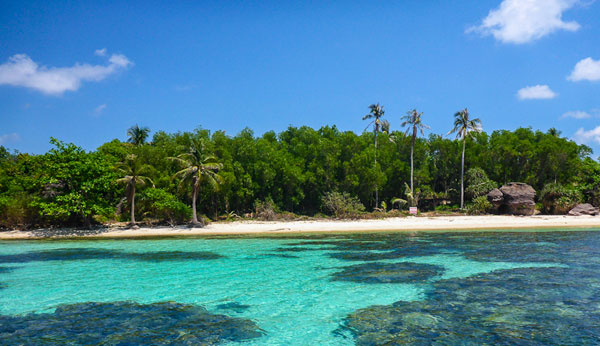